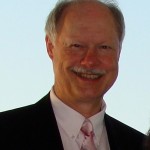 William H. Newell is Professor of Interdisciplinary Studies at Miami University in Oxford, Ohio, and long-time Executive Director of the Association for Integrative Studies (the U.S.-based international professional organization devoted to interdisciplinarity). He received his A.B. in philosophy from Amherst College and a doctorate in economics from the University of Pennsylvania. He has been teaching interdisciplinary courses since 1969-70. Most of his teaching has been in lower-division interdisciplinary social science courses, though for the last eighteen years he has directed a workshop for seniors researching and writing year-long interdisciplinary capstone projects. He has published forty articles and chapters, and edited six books and journals, on every major aspect of interdisciplinary higher education. He has also published a number of articles on complex systems theory and public administration. He has served well over a hundred times as consultant, external reviewer, or keynoter on college and university campuses in the United States, Canada, and New Zealand. 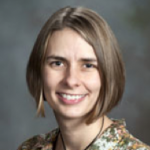 Dr. Vess joined Virginia Tech in July 2011 as the new and founding director of the Office of Undergraduate Research. Dr. Vess assists in the review and revision of policies and practices that relate to student engagement and undergraduate research. She received her Ph.D in Biology at Duke University, where she previously served as associate director for education, training, and academic development for Duke University’s Institute for Genome Sciences and Policy. 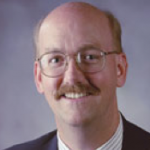 Dr. Prisley is an Associate Professor in Forest Inventory and Geographic Information Systems. He is interested in the quantitative and spatial analyses of natural resources for management planning, including modeling of forest carbon inventories, inventory projection for wood supply planning, and evaluation of uncertainty in spatial decision-support systems. He previously served as Director of Virginia Tech’s Center for Geospatial Information Technology. Dr. Prisley received his Ph.D at Virginia Tech.

Dr. Moehler is an Assistant Professor in the Department of Philosophy at Virginia Tech and a core faculty member of the ASPECT Program. His main research interests lie in moral and political philosophy, with a specific focus on topics at the intersection of philosophy, politics, and economics. Before coming to Virginia Tech, Dr. Moehler worked in the Department of Philosophy at the University of North Carolina at Chapel Hill and its joint Program in Philosophy, Politics, and Economics with Duke University. Dr. Moehler obtained his Ph.D. in Philosophy from the London School of Economics and Political Science. 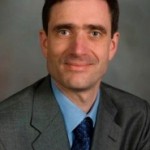 Dr. Muller has focused much of his research career in bio-inspired technology studying bats. He received a Ph.D. in 1998 at the University of Tuebingen, Germany, where he developed computational models for the biosonar system of bats. During postdoctoral research at Yale University, he worked on biosonar-inspired autonomous robots and statistical signal processing methods in natural outdoor environments. In 2000, he returned to Tuebingen University, where he built a lab to develop robots inspired by bats. In 2003, he joined The Maersk Institute of Production Technology at the University of Southern Denmark as an assistant professor, followed by a professorship at Shandong University. He joined the Virginia Tech faculty in 2008.
other…. Müller received the Friendship Award of the People’s Republic of China, considered China’s highest honor for “foreign experts who have made outstanding contributions to the country’s economic and social progress.” Also, he received a Top Ten Scholars Award from Shandong University in 2006, Tuebingen University’s 1999 Dissertation Award, and held a NATO Post-Doctoral Fellowship from 1998 until 2000.