Workshop: “A First Step Towards a Career in Interdisciplinary Research” 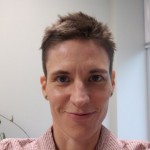 Cyndy Williams served as project associate for the VT Proposal Assistance Group (PAG) from 2007 to 2011. PAG was a small team of editors, reviewers, graphic artists, and research administrators who assisted PIs in producing grant proposals for funding opportunities in excess of $2M. In her role on this team, Cyndy was responsible for technical editing, review, and administrative coordination of proposals from both multiple disciplines and to multiple types of funders, although most applications were to federal agencies such as NIH and NSF. Currently, Cyndy works as a pre-award administrator in the Office of Sponsored Programs. In addition to her duties on PAG and in OSP, Cyndy provides grant-writing support to graduate students and new faculty through two courses developed for the Faculty Development Institute. Cyndy received a B.A. in English from Ohio University and an M.A. in Creative Writing from Hollins College. Currently, she is pursuing a Ph.D. in the Rhetoric and Writing Program at VT, with an emphasis on rhetoric in science. Prior to joining PAG and OSP, Cyndy worked as a Medicaid Policy Analyst for the Institute of Policy and Governance at VT and as a grant writer in the non-profit sector.

Jim Mitchell received his Bachelor of Civil Engineering degree from Rensselaer Polytechnic Institute in 1951, and Master of Science and Doctor of Science degrees from the Massachusetts Institute of Technology in 1953 and 1956. He was a professor at the University of California, Berkeley, from 1958 until 1993, joined Virginia Tech in 1994 and became University Distinguished Professor, Emeritus in 1999. His research activities concern experimental and analytical studies of soil properties and behavior, admixture stabilization of soils, soil improvement and ground reinforcement, in-situ measurement of soil properties, and mitigation of ground failure risk during earthquakes. Dr. Mitchell is a consultant on geotechnical problems and earthwork projects of many types, including the design of liquefaction mitigation options for several existing dams, ground improvement for a major bridge replacement project, a seismic safety peer review panel for an urban rapid transit system, and land reclamation for development of a new marine terminal. He served as a member of the ASCE External Review Panel for the Performance Evaluation of Hurricane and Flood Protection Projects in S.E. Louisiana following Hurricane Katrina. He is a Distinguished Member of ASCE and was the 2006 winner of the Outstanting Projects and Leaders Award (OPAL) in Education. He is a member of both the United States National Academy of Engineering and the National Academy of Sciences.

Beth Tranter serves as Chief of Staff in the Office of Research with responsibilities for assisting the Vice President with organizing and implementing special initiatives of the office. She is also responsible for the limited submissions proposal process, and ensuring that funding opportunities are widely disseminated to university personnel. Beth has served in various capacities at Virginia Tech for 10 years, including Asst. Director for Research Education and Development in the Office of Research. She also served as Administrative Director, Education and Outreach Director, and Diversity program coordinator for the Center for Power Electronics Systems, a National Science Foundation Engineering Research Center. Her background also includes service as Vice President for Sales and Marketing at a start‐up company in the VT Corporate Research Center, as Developmental Editor at a subsidiary of International Thomson Publishing, and 10 years of combined teaching and academic program coordination experience at the University of Wisconsin‐Madison and Indiana University. 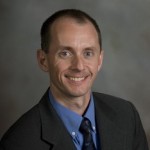 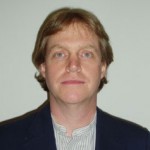 R. Benjamin Knapp is the Director of the Institute for  Creativity, Arts, and Technology (ICAT) and Professor of Computer Science at Virginia Tech University. ICAT seeks to promote research and education at the boundaries between art, design, engineering, and science. Knapp also leads the Music, Sensors, and Emotion research group,  with researchers in Ireland and the US.  For more than 20 years, Knapp has been working to create meaningful links between human-computer interaction, universal design, and various forms of creativity. His research on human-computer interaction has focused on the development and design of user-interfaces and software that allow both composers and performers to augment the physical control of a musical instrument with direct sensory interaction. He holds twelve patents and is the co-inventor of the BioMuse system, which enables artists to use gesture, cognition, and emotional state to interact with audio and video media. In previous positions, Knapp has served as a Fulbright Senior Specialist at University College, Dublin, and chief technology officer of the Technology Research for Independent Living Centre. As the director of technology at MOTO Development Group in San Francisco, Calif., he managed teams of engineers and designers developing human-computer interaction systems for companies such as Sony, Microsoft, and Logitech.  He co-founded BioControl Systems, a company that develops mobile bioelectric measurement devices for artistic interaction. Knapp has also served as professor and chair of the Department of Computer, Information, and Systems Engineering at San Jose State University. He earned a doctorate and master’s degrees in electrical engineering from Stanford University and a bachelor’s degree in electrical engineering from North Carolina State University. Dr. Knapp has been a PI in several pan-European projects including, CAPSIL (Common Awareness and Knowledge Platform for Studying and Enabling Independent Living) and SIEMPRE(Social Interaction and Entrainment Using Music Performance)  and coordinated the EU project, BRAID (Bridging Research in Ageing and ICT Development).